On November 12, this year's winners of the European Cultural Awards were awarded with the AURICA at the "Night of Cultural Brands" gala at th eRadialsystem  in Berlin. The ceremony was attended by 500 guests representing cultural institutions, businesses, politics and the media. The Dresden State Art Collections was selected as the "European Cultural Brand of the Year 2018". Other categories were bestowed upon the Faust-Festival Munich, AVL Cultural Foundation, the city Trier, MUTIK, the Bielefeld Marketing GmbH with The "Bielefeld City Brand” and crescendo. Amelie Deuflhard, director of the Kampnagel in Hamburg, was honored as the "European Culture Manager of the Year 2018". Dieter Kosslick, director of the Berlin International Film Festival (Berlinale), received an AURICA for his life's work so far. http://cultural-brands.com/

For the most advanced among 4.500 european cultural prizes, 99 competition entries have been submitted in eight different categories. Under the chairmanship of Prof. Dr. Oliver Scheytt, President of the Kulturpolitische Gesellschaft e.V. (Cultural-political Association), a panel of 39 expert judges honoured nine awardees:

European Trend Brand of the Year 2018: With its 15 museums and four institutions, the Staatliche Kunstsammlungen Dresden (Dresden State Art Collections) are one of the oldest, largest and most prominent museum consortia in the world. The museums and institutions of the Staatliche Kunstsammlungen are famed, visited and oriented in different ways and have very diverse target groups and tasks. Together, however, they are more than the sum of their respective components. As the world's leading universal museum, their encyclopaedic collections represent a cosmos of global art and cultural history.

Europäische Trendmarke des Jahres 2018: Munich was in FAUST fever for half a year. The aim of the festival was to bring the various interpretations of Goethe's most famous drama closer to the general public - with the help of more than 230 cultural partners of all formats and genres, who independently designed the festival's programme. The initiators managed to give the Faust Festival a high recognition value, combining the classical with the modern based on its innovative aesthetics.

European Cultural Manager of the Year 2018: Amelie Deuflhard has played a decisive role since the mid-1990s in shaping the international independent scene of the performing arts. During her time inBerlin and later inHamburg, she has established an extensive network of artists, curators, festivals, media, theatres, sponsors and academics, from which the scene benefits on a lasting basis. She consistently pursues her vision of breaking down the "art temple", the middle-class educational notion of theatre, understanding theatre as a laboratory for new forms and experimental arts. and Hundertwasser come alive in animated digital paintings.

Life's work so far: As the director of the Berlin International Film Festival, Dieter Kosslick is able to achieve way more than big emotions on cinema. He brought the Rolling Stones and Madonna to the Berlinale and was able the convince Angela Merkel to wear 3D-glasses. Over the last 17 years, under his management not only the Berinale developed itself, but also the city make progress through the Berlinale: the metropolis became cosmopolitan. The cultural manager Kosslick politicized the Berlinale, brought it into the neighbourhood and opened an important door to the future. Kosslick is able to join forces, explore fields of experimentation and brought 16.000 international industry visitors from 130 countries to the city.

European Cultural Investor of the Year 2018: Since its foundation in autumn 2007, the A-V-L CULTURAL FOUNDATION has been committed to promoting activities and projects at the intersection of art, science and technology. In addition to the focus on art & science, the AVL CULTURAL FOUNDATION supports a broad range of visual arts, new media art, digital art, sound art, music, dance theatre and interdisciplinary projects. Special attention is being paid to promoting young talent.

European Education Program of the Year 2018: As a partner company of the Mercator Foundation, MUTIK creates nationwide network projects in the field of cultural education in schools. Enabling all children to experience art and culture is a task to which MUTIK is passionately committed: art and culture encourage children to get involved in new things and to become actively involved in society. To achieve this goal, MUTIK develops projects and implements them with partners from education, culture and politics.

European Cultural Tourism Region of the Year: The year 2018 sees the 200th anniversary of the birthday of Karl Marx. A good occasion to make Marx a theme for his native city of Trier; not a simple subject by any means: after all, Marx is also seen as a politically irritating figure. There have been heated debates in which form the impact of Marxism should be assessed today. Various organizations and institutions have hosted controversial panels, conferences and lectures in Trier, Marx’s birthplace.

Preis für Stadtkultur 2018: Bielefeld Marketing sees itself as a driving force forBielefeld. Identifying and promoting good ideas for the city: This is what "Deine Fan-Aktion fürBielefeld" / your fan action forBielefeld is all about - a new format for city marketing. With a creative project competition, citizens and institutions are actively involved in city marketing - in the right balance between leadership and participation.

European Prize for Media Culture 2018: : Since 1997 CRESCENDO has been one of the largest and most important cultural magazines inEurope. Since 2010 it is also the only premium magazine for classical music and lifestyle. With Crescendo TV, Crescendo Live and the Crescendo PremiumCD, the journal is constantly reinventing itself. In 2018, the magazine celebrates its 20th anniversary. Crescendo stands for a new narrative style for classical music and sees itself as a bridge builder for art and culture. 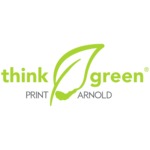