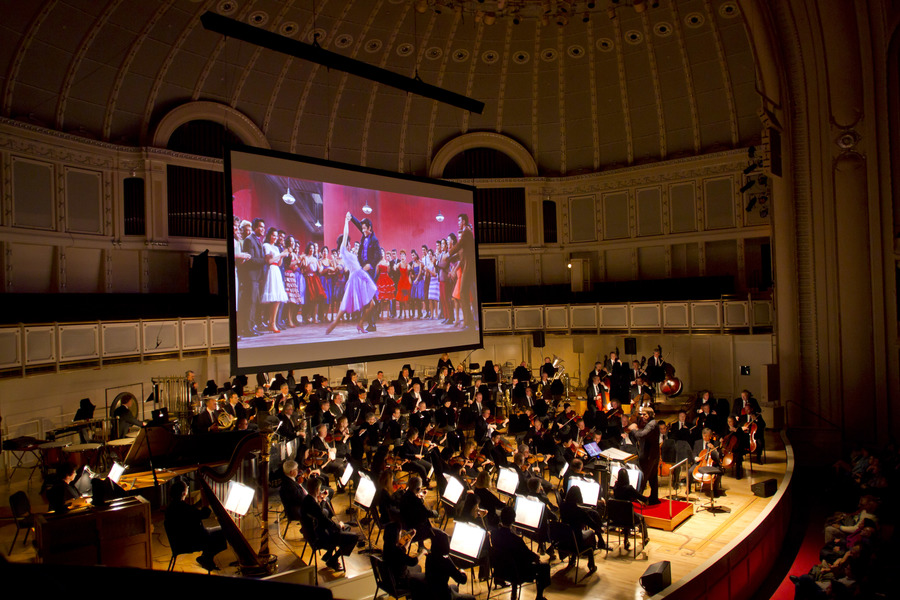 August 25, 2018 will mark the 100th birthday of the man often called “the greatest musician of modern times.” The global celebration begins in September 2017, and will encompass two performance years, from Fall 2017 through Summer 2019. The world’s most renowned conductors, orchestras, ballet companies, and artists will perform an unprecedented number of his works on stages, and in concert halls and festivals around the world.

Centennial events will be seen by audiences of millions everywhere, particularly in the United States, the United Kingdom, Germany, Italy, Austria and Japan. Preeminent cultural institutions have conducted city-wide “summit” meetings in London, New York, Boston, Philadelphia, Los Angeles, and Philadelphia to plan and coordinate activities. A brilliant stage production of West Side Story will be touring internationally, as will the films of On the Waterfront and West Side Story, with live accompaniment by orchestras performing their timeless scores. The Grammy Museum will tour a Leonard Bernstein exhibition to major cities, and renowned choreographers are planning new dance works to Bernstein compositions.

LEONARD BERNSTEIN AT 100 is being supervised by The Leonard Bernstein Office, Inc. which works to maintain and enhance the legacy of Leonard Bernstein, and collaborates world-wide with publishing and media partners, and fosters his legacy as an educator. A Centennial Committee of more than two hundred world-renowned friends and colleagues of the Maestro has also been established.

Composer, conductor, pianist, teacher, humanitarian, and adventurous spirit, Leonard Bernstein transformed the way people everywhere hear and appreciate music. His successes as a composer ranged from the Broadway stage - the immensely popular West Side Story, On the Town, Wonderful Town, and Candide - to the most prestigious concert halls, where his music continues to thrive.

His major compositions include symphonies, operas, song cycles, chamber music, film scores, a mass, and three major ballets, all of which remain in current repertory around the world. As a conductor, Bernstein was a dynamic presence on the podiums of the world's greatest orchestras for almost half a century, building a performance legacy that endures and continues to grow through a catalogue of over 500 recordings and filmed performances.

As an educator, his distinguished work includes the landmark Young People's Concerts television series with the New York Philharmonic, unsurpassed in its contribution to music education for children. He established the Artful Learning program which for more than 30 years has engaged students and teachers with the arts. He influenced a generation of professional musicians with his active role in the Tanglewood Festival for 50 years, and the Schleswig Holstein, and Pacific Music Festivals, both of which he helped found to create.

Leonard Bernstein had a kind of charisma that made people everywhere feel connected to him personally and want to be part of the excitement that always surrounded him.  The Centennial presents a unique opportunity for sponsors to affiliate their names with his and to secure for themselves the affection and allegiance that attaches to the Bernstein “brand”.

There will be many occasions throughout the centennial to share your message. Global sponsors will have prominent recognition on all LEONARD BERNSTEIN AT 100 marketing and promotional materials as well as listings on available event signage, in printed and online programs, and in social media outreach. There will be links to presenter websites from the LeonardBernstein.com pages dedicated to the centennial. There will also be ticket priority for events where available.

We invite you to join with us join us in the global celebration of the works of this extraordinary musical pioneer, and look forward to exploring with you ways in which you can do that most effectively.

Persons of all ages interested in classical and contemporary music, dance, culture, and music education.

The Leonard Bernstein Office welcomes sponsors to enhance their brand visibility to Centennial audiences.  Global sponsors will have prominent recognition on all Centennial marketing and promotional materials, our newsletters and new website, as well as our Facebook page and other social media outreach.  There will also be event signage and ticket priority where available.