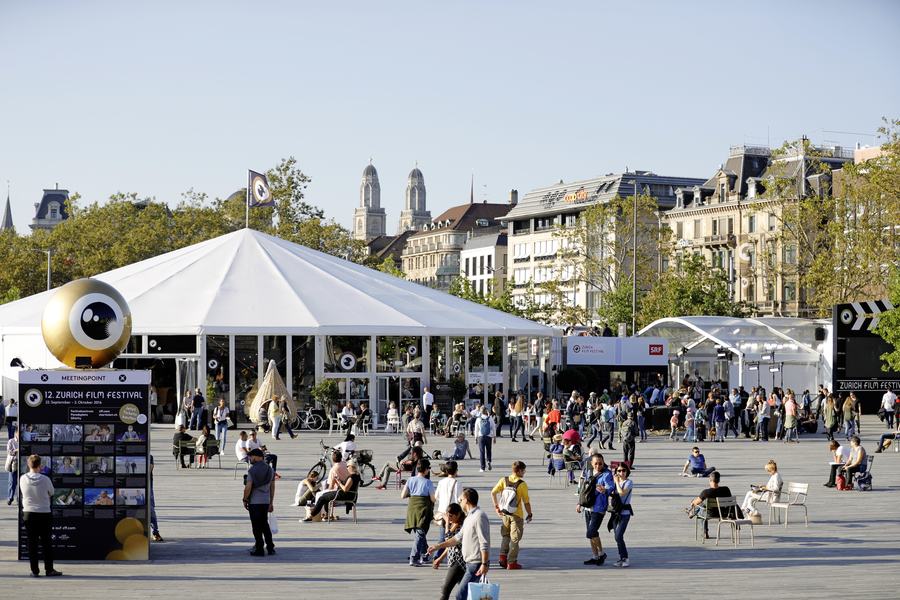 As the economic and cultural metropolis of Switzerland, a place of production and home to a multitude of producers, distributors and filmmakers, Zurich offers a unique environment for a film festival. Over the course of 12 days, the Zurich Film Festival screens approx. 172 films from around the globe, offers cinematic treats to an interested national and international public, and facilitates direct on-the-spot exchange with its competition filmmakers.

The ZFF has become a major player on the festival landscape, and is now a firm fixture in the international cultural calendar. The festival is a celebration of cinema, a celebration for everyone. From the line-up for kids to the ZFF 72 Talent Contest for the next generation of filmmakers, from the International Film Music Competition for f ilm music fans to exclusive client events and dinners – ZFF offers all this and much more.

The 13th Zurich Film Festival delighted the press, industry and audiences alike – over 90’500 enthusiastic visitors, more than ever before, and an advertising value equivalence of CHF 34.5 M provides ample proof of that.

The Zurich Film Festival attracts big names to Zurich and actively promotes young film industry talent. It serves as an ideal and valuable platform that acts as a springboard for the promotion of their work to a broader audience. Such illustrious personalities as:

Each year, the Zurich Film Festival honours outstanding personalities from the international cinema scene working in the field of production, directing or acting and presents them with a „Golden Eye“ Award. This award honours film industry greats for their life’s work, career and creative accomplishments.

Zurich Film Festival has been promoting aspiring filmmakers since its inception and has established a variety of programs supporting young talent across different disciplines.

The International Competition forms the core of the Zurich Film Festival. The ZFF Competition presents films by young, aspiring f ilmmakers who compete for the Golden Eye with their first, second or third directing works. These cinematic discoveries often only f ind their way into cinemas after being exposed at the festival.

_New World View: Puts a spotlight on a selected production country that has provided some of the most innovative new filmmaking in recent years.

_ZFF for Kids: Outstanding films from around the world aimed at children and families. Films are shown in the original language and simultaneously translated into German.

_International Film Music Competition: Composers from around the globe are given the opportunity to compose a piece of film music for a specified short film.

A list of all our partners can be found at www.zff.com.

A suitable and creative integration of your brand is vital to us. The extent and nature of the partnership can be tailored specifically to your requirements. From hosting an exclusive client event for you and your guests to a more extensive involvement as Main or Co-partner, there is a range of possibilities for you to choose from. For specific cooperation requests we will gladly put together an individual dossier/offer.