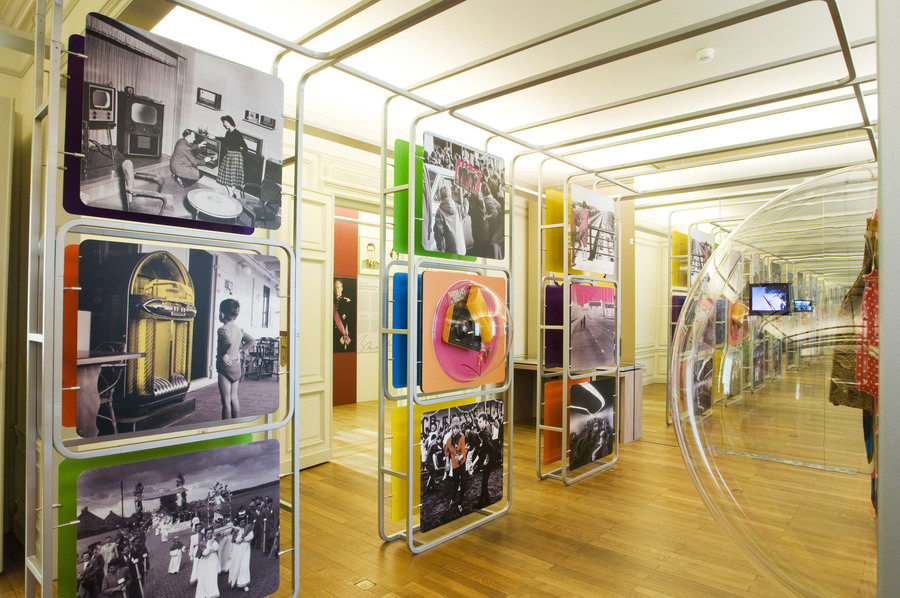 BELvue - picture of an exhibition in the BELvue

The BELvue – much more than a museum

The BELvue Museum, which opened 21 July 2005 to celebrate the 175th anniversary of the creation of Belgium, is much more than a museum. The 18th century heritage building, next to the Royal Palace, is an activity centre – a living museum – where visitors, particularly young people, can experience democracy and history through the permanent collection, dynamic temporary exhibitions and activities for the general public and the educational sector. More than 750,000 visitors have experienced the BELvue since its opening.

The BELvue is located close to the city’s famous art museums and the Royal Park, in a former hotel from the 18th century. The hotel – and now the museum – is located at the scene of the 1830 Belgian Revolution, which led to independence.

The King Baudouin Foundation (KBF) created the BELvue Fund with a view to creating a museum as a place where young people and other visitors could learn about and interpret Belgium’s history, socioeconomic development, institutions and the monarchy. KBF is an independent public benefit foundation that is active in Europe and internationally. The Foundation is committed to creating better justice, democracy and diversity in society.

The BELvue Fund is endowed, with the museum using 4% to 5% of the market value of the endowment for operational expenses. The BELvue also opens its doors to an average 40 private events per year. These and other commercial activities, including the successful restaurant and bookshop, generate about 25% of the museum’s annual budget.

The BELvue also has a close partnership with the archaeological site of the Coudenberg, located underneath the museum and neighbouring buildings. The BELvue manages the ticketing for this site and rental for special events.

Nine rooms are dedicated to the milestones of Belgium’s history since 1830, with the reigns of each of the country’s monarchs depicted in the corridors. More than 1,500 documents, historical photographs, film archives and artefacts portray key moments in the country’s history.

Creating a museum dedicated to history was no easy task. There are many sensitivities to balance in Belgium, a country with many intersecting lines of culture, religion, politics and language. To create a “politically correct” exhibition, we created a scientific committee comprised of historians from the country’s various communities.

The displays are interactive and engaging – a format that brings history alive and encourages visitors come to their own conclusions rather than being confronted with a traditional interpretation of people, places and events.

Since 2005, numerous temporary exhibitions have been held on topics relating to history, democracy or cultural heritage. These exhibits examine in greater depth some of the themes from the permanent exhibit and attract new visitors to the museum.

The BELvue’s Education Department organises free activities and classes for young people aged 10 to 18 on the values, institutions and challenges of democracy, as well as various aspects of Belgian history. Interviews with Belgian parliamentarians and chats with European parliamentarians give participants hands on experience with democracy and a deeper understanding of national and European political processes.

Through creative outreach and engagement, the BELvue has attracted thousands of young people. The secret to success? Activities are designed by young people for young people, which means the activities appeal to them and are popular. In addition, admission to the museum is free for them.

For example, Museum Night Fever, organised in partnership with youth associations, has proved a huge success. In 2014, concerts and performances brought more than 9,000 visitors over the course of a few hours.

Keeping an eye on the future

By attracting young people and the general public to the BELvue, we hope to keep raising public awareness about the values and the importance of democracy and citizenship not only through learning about history, but also through insights on the Belgium and Europe of today and tomorrow. Being in Brussels, the capital of Europe, is not only an added value, but also creates an extra responsibility for the BELvue. In this way, we try to contribute to the mission of the King Baudouin Foundation: working together for a better society.