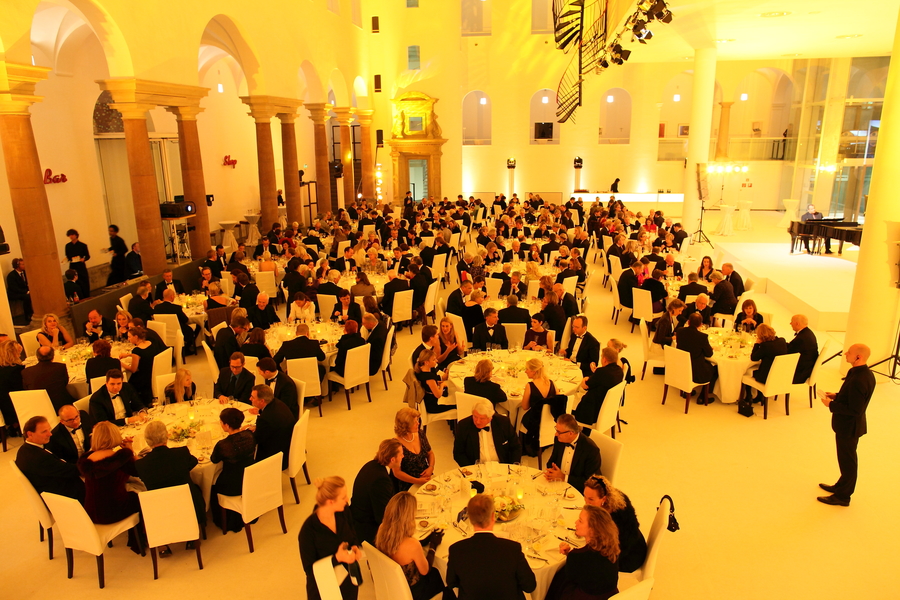 During its 50 year history, the Kunstsammlung Nordrhein-Westfalen has built up an singular international profile as a museum of the twentieth century. But the spectrum of this collection of the Federal State of North Rhine-Westphalia – whose initial core was a large purchase of works by Paul Klee – has long extended right up to the present day. The building that houses the K20 am Grabbeplatz, with its distinctive black granite façade, was inaugurated in 1986. This splendid yet restrained edifice allows the outstanding qualities of the works in the permanent collection, as well as those in temporary exhibitions, to occupy center stage. Completed in 2010 was an extension building that has since served as a venue for acclaimed retrospectives of works by Joseph Beuys and the US-American sculptor Alexander Calder.
With major works by artists such as Pablo Picasso, Henri Matisse, and Piet Mondrian and a wide-ranging ensemble of approximately 100 drawings and paintings by Paul Klee, the permanent collection of the Kunstsammlung provides a singular perspective of classical modernism.
The inventory of postwar American art includes works by Mark Rothko, Franz Kline, and Pop artists such as Robert Rauschenberg, Jasper Johns, and Andy Warhol; essential to the collection as well are works by Joseph Beuys, Gerhard Richter, Tony Cragg, and Imi Knoebel. The nearby F3, the Schmela Haus, complements the collection as a “rehearsal stage” for the latest developments in art. The protected landmark building by the Dutch architect Aldo van Eyck (1918–1999) – inaugurated in 1971, and the first building in the Federal Republic built specifically as an art gallery – is now used as a venue for lecture and discussion series.
Opened in spring of 2002 as an additional location for the Kunstsammlung was the Ständehaus am Kaiserteich, the former seat of the Landtag of the Federal State of North Rhine-Westphalia. Surrounding the central, spacious piazza of the K21 are four architectural wings and encircling arcades. The creative conversion of this imposing structure, which exemplifies the historicist style of the late nineteenth century, gave us a modern museum building with a striking domed glass roof, a feature that shapes the building’s aesthetic while providing a spacious exhibition area on the uppermost story. The individual spaces of the K21 are often used in alternation as the settings for special, site-specific artist’s rooms. Participating artists have included Katharina Fritsch, Monica Bonvicini, Kris Martin, and Hans-Peter Feldmann. As a long-term project, Tomás Saraceno has installed a gigantic, accessible network construction at a height of 25 meters beneath the glass copula.
A museum with three different venues, the Kunstsammlung of the Federal State of North Rhine-Westphalia has access to more than 11,000 square meters of exhibition surface.

Exhibition “To Egypt! The Travels of Max Slevogt and Paul Klee”
from September 6, 2014 to January 4, 2015 at the K20 Grabbeplatz
More than 15 years separate the Egyptian travels of the painters Max Slevogt and Paul Klee respectively: while the Impressionist Slevogt captured his impressions of the Orient with directness in a singular cycle of paintings in spring of 1914, the motifs developed by Klee in 1928-29 are wholly committed to a modern conception of the image. The exhibition juxtaposes the works of these two artists for the first time and offers insights into the fundamental artistic upheavals that occurred on the threshold between Impressionism and Classical Modernism.

Festival of Lights in the Ständehauspark, September 19-21, 2014
The Kunstsammlung Nordrhein-Westfalen invites you to take part in three days of open air concerts, artistic illuminations, romantic boat trips on the Kaiserteich, and gastronomical highlights in the park around the K21. A special highpoint of the weekend will be Friday evening’s club night in the K21.

Exhibition “Uecker”, from February 7 to May 10, 2015 at the K20 Grabbeplatz
The sheer enormity of the artistic oeuvre of Günther Uecker, who launched his career in since the 1950s, now receives an essential presentation. The exhibition will survey the early years when Uecker was a proponent of monochrome painting, his membership in the ZERO Movement, as well as the sculptural work incorporating nails, a common object that has virtually become the artist’s trademark. Selections from his paintings, object art and sculptural work, film, bibliophilic exhibits, manifestoes, and stage and costume designs testify to the persevering activities of an inventor of ideas who strives to contribute to humanity’s spiritual development.

Exhibition “Miró: Painting as Poetry”,
June 13 to September 27, 2015 at the K20 Grabbeplatz
This will be the first exhibition devoted to Joan Miró’s relationship to literature and his friendship with major twentieth-century authors such as Ernest Hemingway, Henry Miller, André Breton, and Guillaume Apollinaire. Miró, who read unceasingly in his studio during work breaks, referred explicitly to specific texts in his works. During the 1920s, he worked on an extensive series of works to which he referred as the Peintures-Poéme, which form at the heart of this presentation. The works in this series demonstrate how Miró’s symbolically-charged abstractions emerged through an interplay with literature.

Exhibition “Agnes Martin”
from November 7, 2015 to February 21, 2016 at the K20 Grabbeplatz
Four major European and American museums are joining forces to survey the artistic achievements of this American artist, ranging from the experimentation of the 1950s to the ripe late works. Her oeuvre, understated in its commitment to abstraction, developed in the milieu of Abstract Expressionism and minimalist tendencies. Despite its reductive qualities, Agnes Martin’s pictorial universe is characterized by an overwhelming richness, and is capable of providing the patient eye with enthralling visual experiences.

target groups
Age: the majority over 50, many children, and a normal distribution from the 20–50 age group
Gender ratio of visitors: ca. 60% female
Educational background: the majority with Abitur or university degrees (white-collar worker, freelancers, retirees)
Geographic origin: predominantly Düsseldorf and surrounding region, but many national and international visitors
as well
Distinctive feature: a significant proportion of our visitors are art and cultural professionals, i.e. artists, designers,
theater workers, architects, etc., and are correspondingly cosmopolitan, receptive to experimentation, and openminded.