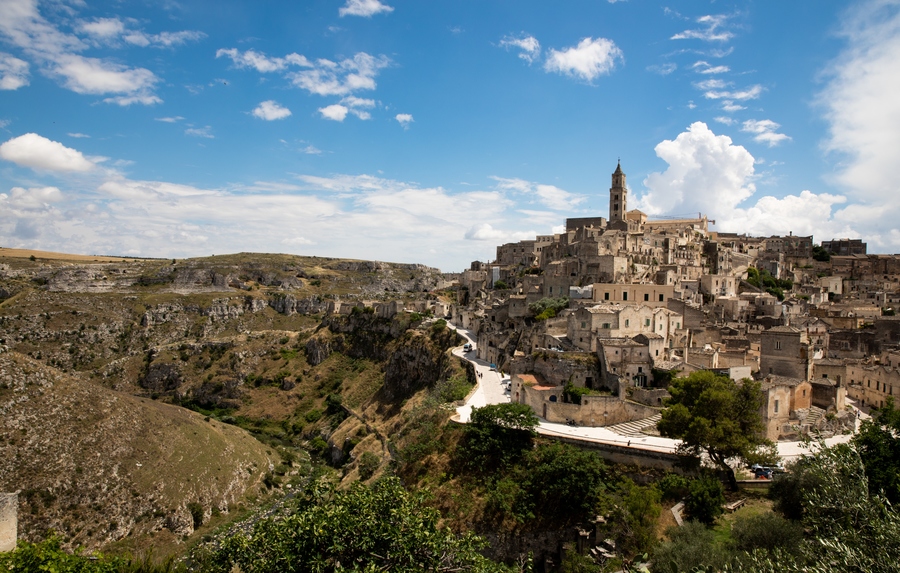 In 2019 Matera will be the European Capital of Culture, an extraordinary opportunity for the town, the Basilicata region, the South and the entire Italy.

The Matera-Basilicata 2019 Foundation is the body tasked with implementing the lines of work laid down in the final candidacy bid-book to consolidate the positioning won by Matera and the Basilicata region at a European level in the creativity sector and to become a cultural platform for Southern Europe.

The cultural programme of the final candidacy bid-book, which resulted in the designation of Matera as the ECOC 2019, is summed up in the slogan “Open Future”. In fact, Matera 2019 is seen as an opportunity to move towards openness, in all its multiple definitions as in “accessible to all”; open as “not concealing one’s thoughts or feelings”; open as in “disposed to dialogue”. Matera 2019 will be a great opportunity for culture to broaden its reach and to prepare a culturally aware public by experimenting new models of listening, sharing and production, embracing the idea of a “cultural inhabitant”, who is actively involved in the co-creation and co-generation processes.

The European Capital of Culture year will be opened with a great ceremony on 19th January 2019. More than 131 bands coming from all towns and villages of Basilicata, 20 from Italian regions and 27 from Europe, will parade into Matera. Four big exhibitions will be organized throughout the year: “Ars Excavandi”, the first real investigation into the history of rock architecture through the ages; “Renaissance Revisited”,  a journey through the regions of Basilicata and Puglia following the traces left by the Renaissance; “Poetry of Primes”, starting from Pythagoras to explore the importance of mathematics in the work of artists throughout the ages; “Anthropocene Observatory” on the debate of the assumed beginning of a new geological age that is affected by human actions.

The cultural programme of Matera 2019 will be made up of 50 original productions revolving around the 5 themes of the bidbook which aim at dwelling on the main contemporary issues such as: Roots and Routes, Continuity and Disruptions, Ancient Future, Utopias and Dystopias, Reflections and Connections. Half of these productions is going through a co-creation phase with the local creative community linked to a wide range of artists, national and European networks and institutions.

The other half of the programme will rely on agreements signed with the main Italian and European cultural institutions among which worth mentioning are the “Fondazione Ravenna Festival”, the Theatre San Carlo of Naples (with which an opera will be performed in the Sassi area involving the local community) and the “Biennale di Venezia”. A part of these projects will be implemented with the past and future European Capitals of Culture and with Plovdiv, the Bulgarian city that will share the title with Matera.

The cultural programme of Matera 2019 rests on two key projects: the Open Design School, that is  the first Design School in Europe founded on the principles of open culture, a living lab for interdisciplinary experimentation aiming at the production of the installations to be used for 2019 events; I-DEA, the Institute of Demo-Ethno-Anthropology , designed to be the “archive of archives” and of the existing collections in Basilicata that will be  made available in exhibitions, performances, research programs and an on-line platform.

Thanks to the Matera 2019 Community platform it will be possible to implement small community projects. Every town of Basilicata will host an event thus becoming the European Capital of Culture for one day.

Inspired by the values of frugality, collaboration, accessibility, courage, generosity, passion, marginality and magic, the cultural programme of Matera 2019 focuses on the citizens: the citizens of Matera and Basilicata, of the South and of Italy, of Europe and of the rest of the world.

The person who will visit Matera will not just be a tourist but rather a “temporary citizen”, who will actively participate in the long-term civic programme.

On 19th January 2018, the countdown to the opening ceremony of 2019 has begun with the great collective celebration “Meno uno” (One more year to go). Throughout 2018, on the 19th of every month, a theme event involving the whole community will be organized as a step towards the European Capital of Culture year.

19th September: preview of Materadio, radio Festival in collaboration with national broadcaster Rai Radio3
19th October: Ecoc Meeting: meeting among the representatives of Past, present and future European Capital of Culture
19th November: Hackaton for the students involved in the project “Patrimonio in gioco” (Heritage at Stake)
19th December:  Lightning of the lights produced by the citizens for the project “Lumen” and “Social Light” 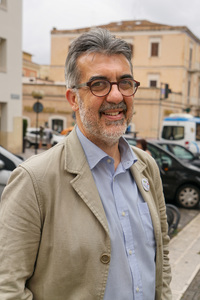 _Age from 1 to 100
_geographical origin: Matera, Basilicata, South Italy, Italy, Europe, World
_level of education: people who want to be involved in culture