The National Museum of History and Art is not only one of Luxembourg’s top cultural attractions, but also a scientific institution with a clearly defined legal mandate. In addition to holding several special exhibitions each year, the National Museum of History and Art makes Luxembourg’s national collections in archaeology, national history, fine arts and applied arts available to the general public. A “prologue” offers visitors a first insight into the history of the country and the background of the museum’s public collections. The museum’s archaeological collections illustrate the history of Luxembourg from the early Stone Age to the early Middle Ages. Among the highlights are a spectacular series of late Celtic aristocratic graves as well as the Roman mosaic of Vichten with its depiction of the nine Greek muses. The numismatic collection includes coins from several periods inviting visitors on a journey into Luxembourg’s economic and monetary history.

Special highlights: Bouts, Rosso and Isabey
The collection of Old Masters – unique for the greater Luxembourg region – begins with some important Italian paintings of the 13th to the 15th century (including Giacomo del Pisano and Don Silvestro dei Gherarducci). In their new colour-coordinated décor, our redesigned exhibition rooms present a number of works never shown before. These treasures in clude a magnificent diptych by Albrecht Bouts (1451/55–1549), the famous “Bacchus, Venus and Cupid” by Rosso Fiorentino (1494–1541) and the impressive “Procession with the Holy Sacrament” by Louis Gabriel Eugène Isabey (1803–1886). The collection of modern and contemporary art (including Cézanne, Magritte, Picasso, Alechinsky, Jorn, Knoebel, Zao Wou-Ki) is now being shown in newly renovated premises. It includes Neo-Impressionist paintings (e.g. Guillaumin, Cross, Rysselberghe) as well as works of the Ecole de Paris after 1945 (Estève, Le Moal, Manessier, Bissière, Poliakoff, Lapicque etc.) and paintings by representatives of the Nouvelle Figuration (Adami, Aillaud, Arroyo).

Part of the new permanent exhibition is dedicated to the most representative works of Luxembourg art from the 19th century to this day.

Edward Steichen “reloaded”
The Department of Decorative and Popular Arts is housed in three old townhouses in rue Wiltheim used by the MNHA. Here, the new permanent exhibition “From Mansfeld to Design (1500–2014)” explores Luxembourg’s home décor and applied arts through the centuries. A new permanent exhibition of works by world-famous photographer Edward Steichen also awaits visitors at this location.

One institution, two museums
On 13th July 2012, the Musée Dräi Eechelen – Fortress, History, Identities opened its doors under the direction of the National Museum of History and Art.

The central theme of the permanent exhibition on the ground floor of the Museum is the history of the fortress of Luxembourg from its early days in the 15th century to its demolition in 1867 and its consequences for the city and the country. The narrative is chronological, starting in the late Middle Ages with the capture of Luxembourg city by the Burgundians in 1443. Symbolically, the tour winds up with the construction of the Adolphe Bridge in 1903, for which some remnants of the fortress had to be demolished. Important events of different periods are illustrated in detail in the casemates of the fort, for instance the siege by Vauban in 1684 or the last partitioning of Luxembourg in 1839.

The permanent exhibition shows over 600 original objects and documents largely unknown to the public so far. The museum building in the former keep of Fort Thüngen, is itself an important element of the permanent exhibition. With its underground galleries and mines, it is to a large extent still preserved in the original condition of its final expansion phase of 1836/37.

A special room presents a selection of historic photographs showing the structural condition of the fortress shortly before and during the demolition.

A multimedia room offers access to a database and to audio-visual documentation that will allow the visitor to delve deeper into the central themes of the permanent exhibition. 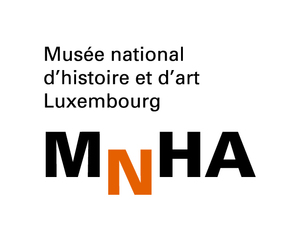 sponsorship packages
In our exhibition projects we offer various options for companies to share various presentation and communication forms with MNHA. We will work together to develop a special package tailored to the needs of your company.