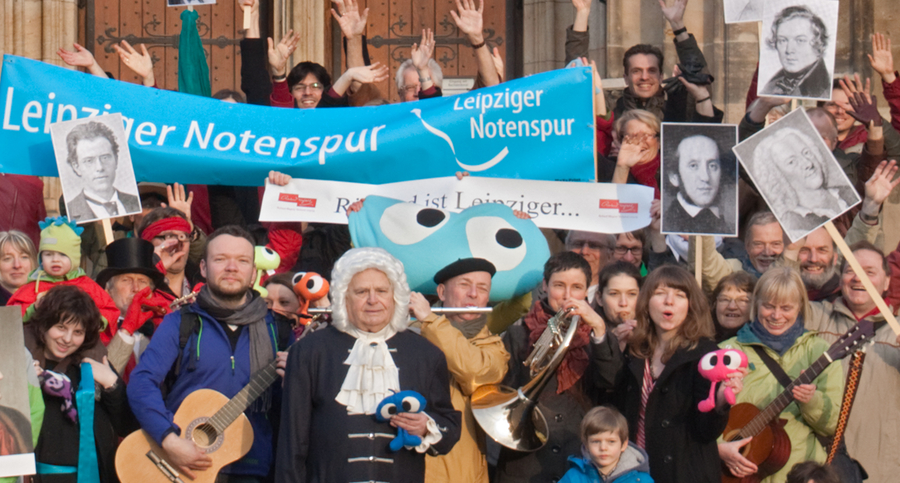 The Leipzig Music Trail - Music moves and connects the city

Music has been and is a key foundation for the identity of Leipzig, the likes of which is only otherwise seen in Vienna. For centuries Leipzig, the city of trade and book publishing, attracted world-class composers such as Telemann, Bach, Lortzing, Mendelssohn, Schumann, Wagner, Grieg, Mahler and Reger. World famous music comes from Leipzig. The range and number of the original settings connected to Leipzig’s musical heritage is unique and waiting to be experienced. The Music Trail Project (which came into being thanks to the citizens of Leipzig) makes use of this special situation and connects music with the city - with its architecture, public spaces, green areas, its history, personality and citizens.

The emphasis of the Leipzig Music Trail (LMT) project emerged from this guiding principle:

(A) The LMT is an identification project for the citizens of Leipzig and stamps the city’s most important cultural traditions on the public conscience. It achieves this using buildings and public areas throughout the city, which themselves become the medium of communication and mediation. The great music tradition emerges from its “temple” and is experienced in the public space.

(B) The LMT is a collaborative project and plays an important role in city marketing as the symbol for Leipzig’s music tradition. It not only connects the different actors (city, cultural institutions and citizens) with one another- but also links musical works from different eras and the living and working quarters of the artists with the history of the promotion of the arts.

(C) Thanks to the high-quality content and the connection between culture and city, the LMT has been able to shine in city contests. The LMT is a key component of the Leipzig Tourism brand and is very important to the tourism industry, as it can be made use of throughout the entire year and thus avoids the intermittent use of touristic resources.

(E) The LMT understands city culture as an important part of the development of the city and municipal identity. The LMT began as a music project and developed into a city project. That’s why it doesn’t just speak to fans of classical music, but interests a wider variety of people by creating new approaches to the cultural heritage of the city: city and cultural history, architecture, cultural and social education, intercultural exchange, urban parks and city mobility.

(F) The LMT encourages the participation of citizens. Citizens are seen not simply as consumers of culture, but as bearers of culture.

(G) The LMT is family friendly and cross generational. Through cultural educational and social integration projects the LMT strives to overcome barriers created by environmental factors/caused by milieus.

(H) The LMT shares the most important cultural foundations of Leipzig with people of all cultures. It pursues an inclusive and participatory approach. Music speaks all languages, connects across cultural and language boundaries and promotes the integration of migrants and their identification with their new home. Only those who feel they are members of the community, also take responsibility for the community.

(I) The connection between composers of world importance, their music and their authentic living and working places is of worldwide importance. The LMT is a key component of Leipzig’s application for the European Cultural Heritage award. Moreover, the LMT organizes new European music projects central to the application. The application was selected by the KMK as the application for Germany and thus is the representative for the country of Germany.

Citizens of Leipzig across all generations (identification project)
Visitors to Leipzig, especially cultural and congressional travellers 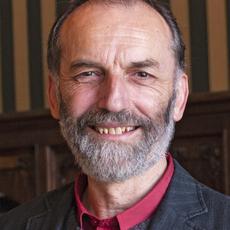