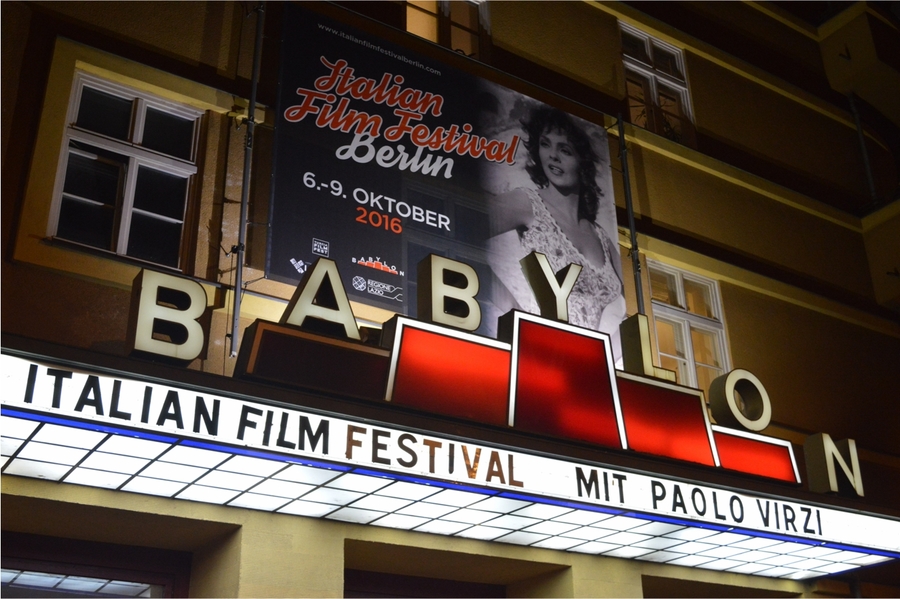 Italian Movies made our country famous throughout the world. Outstanding directors, actors, writers, costume designers, composers and many film professionals have given Italy its very specific profile. Italian movies tell universal stories, but they are also explicitly intertwined with the social and historical fabric thus presenting the very reality of their country of origin. Despite big changes in the film industry, especially market- and distribution conditions, Italian films are still holding up this tradition. After the „Golden Age“ of the sixties, a new generation of internationally acclaimed directors has emerged. And today there is yet another generation of young filmmakers gaining recognition for their work. Because of the hard work of the Italian Film fest and its artistic director – Mauro Morucci - we can see some of this vivid variety of Italian contemporary cinema here in Berlin. A retrospective is dedicated to a famous personality of the Italian Film industry. The Festival will be inaugurated by the internationally acclaimed actor Toni Servillo who starred as the main character in Paolo Sorrentino´s Oscar winning movie „The great beauty“.

The Italian Cultural Institute of Berlin is particularly happy to support this important initiative. We hope that all lovers of Italian films will enjoy the event.

The Italian Film Industry has won many international prices over the last years. Some of the winners are represented every year at the famous Tuscia Film Fest in Viterbo, a unique medieval town only 70 km from Rome. For 13 years The Tuscia Film Fest has been among the most dynamic and vivid film festivals in Italy. In 2013 its two directors – Mauro Morucci and Enrico Magrelli – came up with the idea of building on the success of the Tuscia Film Fest and bring it to Germany, creating this magnificent showcase for Italian films in Berlin.

The Italian Film Festival is showing a selection of the movies that have been presented at the Tuscia Film Fest. These films are not only getting the attention of the German media and film critics; they also receive the approval of the German audience. The unique program of the Berlin Festival is much more than just a copy of the Tuscia Film Fest in Viterbo. Not only is the festival presenting some of the most successful Italian film productions to a vast audience, it also supports an intensive exchange between filmmakers in Germany and Italy. The audience will have the possibility to meet some of the filmmakers, writers and actors in Berlin. The Italian Film Festival Berlin is supported by the non-profit association ASSOCIAZIONE CINECLUB del GENIO in Viterbo which pursues directly and exclusively non-profit activities.

Reception at the Embassy of Italy

Opening of the Italian Film Festival with IFFB-Award

8 film screenings at the Kulturbrauerei cinema

Concert at Kesselhaus in the Kulturbrauerei

Staged reading at the Bode-Museum

Load up your brand – with sympathy!

For the first time we have created a complete structure with attractive license deals for partners and sponsors. German and Italian companies can profit! They can charge up their brand with sympathy and at the same time benefit from cultural engagement. As a partner of the Italian Film Festival you will help to strengthen our cultural mission to enhance the dialogue between Italy and Germany! Your company and your brand will be presented as part of an emotional and effective communication strategy. As our partner your brand message will reach cineastes in Berlin, 120.000 Italians living in Berlin, film professionals as well as German and international tourists. Together with you we will develop your perfect communication strategy that combines a sense of purpose with an effective distribution of your message. Take the opportunity and become a partner of the Italian Film Festival 2017, from Nov 9th through Nov 12th!

Profit from the various communication activities of the Italian Film Festival and associate your brand with emotional and creative messages.

- With your commitment you will strengthen the creative dialogue between Germany and Italy
- You will reach min. 4.724.520 gross advertising contacts with classic advertising and will load up your brand with sympathy.
- You will benefit from your presence at four different locations: the Italian Embassy, the cinema at the Kulturbrauerei and the Bode-Museum, Berlin, Kesselhaus at the Kulturbrauerei
- You will be presenting your products and services throughout the festival for five days to over 5.000 attendees and important multipliers
- You will profit from your logo presence within every communication tool of the Italian Film Festival Berlin
- You will be part of a dedicated network of patrons and will be able to establish important contacts to the regional political and economic landscape

Opportunities for your sponsoring commitment