“Change through culture – culture through change.” This was the motto for the 2010 European Capital of Culture in the Ruhr Region. It expresses the way in which culture, art and the creative scene can help former industrial regions gain in significance and attraction.

Dortmunder U, opened during the year of the European Capital of Culture, is an im pressive example. Former Union Brewery was converted into a center for art, education and creativity and a unique institution emerged, peerless in Germany for its architecture, its programming diversity and topicality.

Nine partnering institutions work together under the roof of Dortmunder U: Museum Ostwall for modern art, HartwareMedienKunstverein, the Technical University and University of Applied Sciences, U2 (a department responsible for cultural education in the digital age especially for youths and children), a media library, a cinema and ecce (european centre for creative economy). Three different gastronomic locations complete the selection of events and exhibitions on offer.

A seven-story interior elevation for art distinguishes the building and stands for openness and transparency, characteristics that define the institution's program as well. Dortmunder U is all about the dialog between art, academia, science, creativity, design, architecture, media and society in the 21st century. Its exhibitions, events and projects especially focus on the connection between art and digital media. Alongside the presentation of art, art education also plays an important role, sometimes with a view to the culture of the everyday and carrying the effects into the neighborhoods.

The building’s open-ended interior elevation with its array of escalators “drives home” the impressiveness of the building’s height of 75 meters. The top story is an architectural gem: from the U’s “cathedral” with its outside patio visitors may enjoy a unique view of the entire Ruhr Region. The top story is a preferred location for conferences and prestigious events. On weekends its am bience is used by a regionally trendy Club. It goes without saying that Dortmunder U also partners with major cultural events in the Ruhr Region, such as the so-called Museum Nights (“Nacht der Museen”), Culture of Industry Nights (“Nacht der Industriekultur”), Youth Culture Nights (“Nacht der Judendkultur”) and Science Nights (Nacht der Wissenschaft), a summerfestival with an attractive open-air music and cultural program.

Dortmunder U's varied cultural program inspires culture aficionados, art lovers, movie goers and architecture enthusiasts, yet it also has unforgettable experiences in store for ordinary visitors, who are impressed by the unique, large-scale film installations by film maker Adolf Winkelmann, which crown the building, adorn the interior art elevation and the building’s foyer.

Nationwide and international acclaim for Dortmunder U has confirmed the expectations to which the remodeling of the Union Brewery gave rise. Within the shortest time the U has become a symbol of cultural change in the region and a defining landmark for Dortmund and for the region as a whole. Its proximity to the German Football Museum (to be opened in mid-2015) and its central location across from the main train station are additional marks of distinction for the U. Not only does the institution create identity at home, it is also a popular public meeting place and an attractive tourist destination.

By way of sponsoring partnerships Dortmunder U offers companies the opportunity to reach their target groups emotionally, to address a variety of interest groups through a broad spectrum of events and to position themselves clearly in an innovative cultural environment.

Art and culture lovers of all ages from all over Germany with a focus on the Rhine-Ruhr metropolitan region. 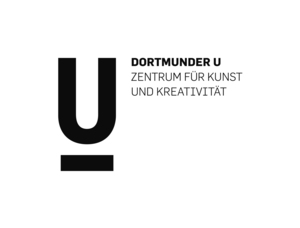 sponsorship packages
As a general sponsor you will have a unique opportunity by using an extensive communication to achieve diffrent target groups. The general sponsor occurs in all publicity measures and obtains the absolute industry exclusivity.
As a premium sponsor you can reach all visitors of the house.
By binding to one of the the three sponsoring partners you can reach your targeted audiences.
As the presenting partner, the main sponsor or co-sponsor can support special exhibitions and festivals.