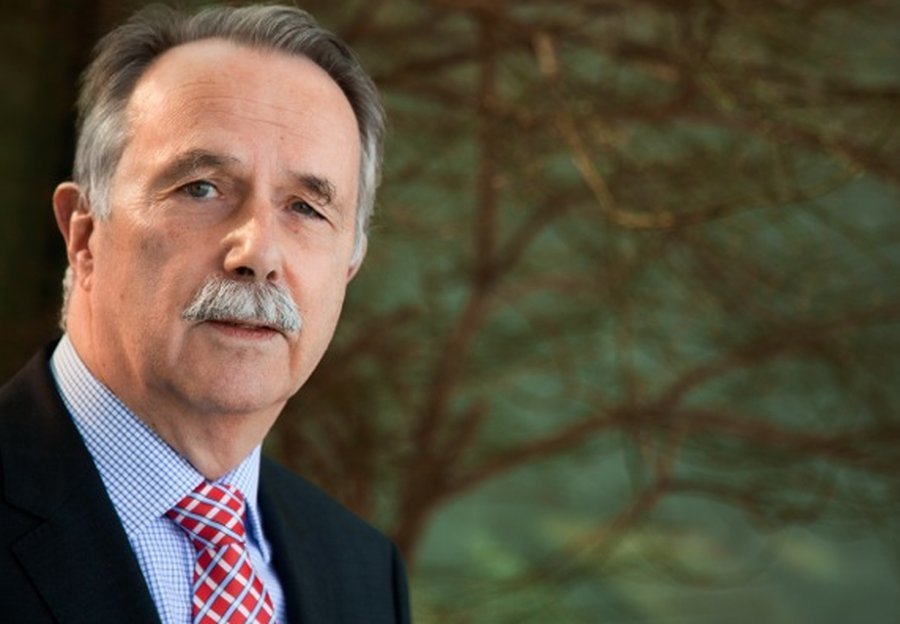 Interview with the President of the Goethe-Institut, Professor Lehmann

This German cultural institute operates through out the world promoting knowledge of the German language abroad, fostering international cultural collaboration and conveying a comprehensive image of Germany. In times of new global challenges, the work of the Institute is aimed at achieving a deeper mutual understanding between cultures and an enhanced perception of Germany throughout the world. The Goethe-Institut currently consists of 160 institutes and liaison offices in 94 countries. Through a network of Goethe-Instituts, Goethe Centres, cultural societies, reading rooms and language learning and examination centres, the Institute has played a central role in foreign culture and educational policy for over sixty years.

Professor Lehmann, you are President of the best-known German cultural brand worldwide, with more than 1,000 contact points in 127 countries and 3,000 employees. The Goethe-Institut reaches 25 million people annually with its cultural events. A crucial pillar of the programme is the teaching of language as a cultural medium. Who finances the Goethe-Institut and how do you finance the projects you initiate?

On behalf of the Federal Republic of Germany, the Goethe-Institut performs tasks related to overseas cultural and educational policy. Around two thirds of the budget – some 208 million euros at the moment – is given to the Institute by resolution of the Bundestag via the Foreign Office, while a third – around 143 million euros – is earned through language courses and examinations as well as sponsorship. The existence of the big projects is more dependent than ever on people and institutions who support the Institute’s work. The acquisition of third party funds through sponsorship and donations, also from successful applications to the EU, has become essential to our work. Additional funds from foundations and private promoters mean we are able to take on and conduct outstanding projects aimed at promoting European integration and international understanding.

One just as much as the other. The Goethe-Institut initiates global projects from Germany supported by sponsors and donors. Frequently the companies are already involved in the regions in which the Institute carries out projects, with local branches and offices for example. The most important unique selling point of the Institute, which at the same time is a guarantee for optimal fulfilment of its mission, is the global net- work with which it reaches more distant locations where German corporations are still not so active.

An example for a successful partnership with companies and industrial associations already operating locally is the ‘Germany Year’ initiative from the Foreign Office. ‘Germany + Brazil 2013-2014’ goes under the heading ‘Where Ideas Meet’ for example. The initiative serves to deepen and expand German-Brazilian relations, to raise the visibility of the partnership and inspire new co-operations. The BDI Brazil Board, the Goethe-Institut, the Federal Ministry of Education and Research (BMBF) and the Federal Ministry for International Cooperation (BMZ) are sponsors of the project. The project management in Brazil is in the hands of the BDI. Premium Partners are Allianz, Bayer, BASF, BMW, Bosch, Lanxess, Mercedes-Benz, Siemens, VW and ZF. For the Germany Years in China, India and Russia the project management was the Goethe-Institut’s responsibility.

With its extensive offers to companies to sponsor the Goethe-Institut, the Institute is also a part of the European cultural market with its supply and demand. What makes the Goethe-Institut so interesting for a collaboration with industry?

The Goethe Institute has enjoyed an outstanding reputation as a German dialogue partner for the world at home and abroad for over 60 years, supporting projects with an exceptional profile and high impact in the public sphere. In its world-encompassing network it works closely and sustainably with local educational and cultural institutions. Our international partnership work and the integration of our institutes in the cultural life of the host country create trust and credible, sustainable processes of mutual understanding.

The Goethe-Institut has a wide range of educational and language courses and organises cultural projects in all sectors with a pan-European profile. Thanks to its interdisciplinary approach, companies with different individual profiles can profit in equal measure from the long-standing expertise of the Goethe-Institut. Sponsors and foundations can become involved in promoting the German language in the education sector by supporting further education or exchange projects. Within the programme they can make a contribution to mutual cultural understanding. Every year the Goethe-Institut reaches 25 million visitors with its cultural projects as well as 246,600 language course participants. As project partners, sponsors and donors receive diverse and unusual opportunities for addressing target groups. Together we reach these people and create the fundamental conditions for lasting partnerships and ties.

Which current Goethe-Institut projects in Europe are best suited for a partnership with the industry?

The Goethe-Institut has a large project portfolio perfectly tailored to collaboration with industry. Here are three prime examples: Through the initiative “Mit Deutsch in den Beruf” (“German for Your Career”), the Goethe-Institut has reacted with a transnational commitment to pressing questions connected with career, language and mobility in Europe. In Portugal, Spain, France, Italy and Greece we offer schoolchildren, students, graduates, young skilled workers, experts and partner organisations not only the usual language courses, but also training-related and vocational projects which can lead to a German-speaking career. These informative events, aimed at improving inter-cultural communication, are in great demand in a Europe increasingly characterised by occupational mobility.

As part of a special call for proposals by the Board concerning “The Future of Europe”, the Central and Eastern European Region is implementing a large-scale project dealing with the diverse realities of life on the continent. Many people are talking about Europe at the moment and most of it is about figures: figures which reflect the many and diverse European realities of life. But these figures do not by any means give a graphic picture of the diversity of life in Europe as it could be – there is a story behind every informative figure. It is precisely these stories that the project wishes to bring to the fore: in the form of video films from the different countries dealing with noteworthy statistical data from the EU area, along with performances by theatre groups who tackle these realities of life – such as the Münchner Kammerspiele. All the short videos and performances are brought together on an interactive map on the internet.

But beyond Europe the Goethe-Institut is con- ducting exciting projects geared towards cooperation, for example in the digital domain the project ‘MOOC Cultural Marketing.’ MOOCs (Massive Open Online Courses) are free-of-charge and access-free courses on an online platform. MOOCs are enjoying increasing popularity in Germany as well. They are not based on filmed lectures or static e-learning courses; rather they use the medium of video and the opportunities offered by the internet in a new way, linking it with social media and interactive elements and creating space for an active exchange between students. In the context of its cultural management education the Goethe-Institut, together with the Leuphana University in Lüneburg and the HFF in Munich, is designing an MOOC in Cultural Marketing which will go online in January 2015. From anywhere in the world every aspiring cultural manager with internet access can take part in the Goethe-Institut’s MOOC, exchange opinions with colleagues, work out new solutions and take away concrete knowledge. Practical insights are provided by cultural institutions in Budapest, Lagos, Santiago de Chile, Bangkok, Shanghai and Berlin.

Many thanks for taking the time to talk to us Professor Lehmann.


Prof. Dr. h.c. Klaus-Dieter Lehmann is President of the Goethe-Institut.

He was born in Breslau on 29 February 1940. He studied mathematics and physics at the Universities of Cologne and Mainz, also passing two state examinations in library science. He became Director of the City and University Library of Frankfurt am Main and was made Honorary Professor for Business Information Systems at the Goethe University of Frankfurt am Main. Later he was appointed to the post of General Director of the German Library at Frankfurt am Main, a position he also held at the United Libraries of Leipzig, Frankfurt and Berlin, later the National Library of Germany. He was also President of the Stiftung Preußischer Kulturbesitz (Prussian Cultural Heritage Foundation) in Berlin and has been President of the Goethe- Institut since 2008.

The Ludwig-Maximilian University of Munich awarded him an honorary doctorate in 2001. In 2010 he became Honorary Senator of the Humboldt University in Berlin. He is holder of the Order of Merit of the Federal Republic of Germany, the Order of Merit of Berlin State, the “Kulturgroschen” award of the German Cultural Council and high distinctions from France, Austria and Italy.