"Europe is, after all, also a community of citizens and culture. To honor this, every year a different city should bear the title 'European City of Culture'", was the original idea for the Capital of Culture in 1985 by the Greek Minister of Culture Melina Mercouri and her French colleague Jacques Lang. Since then, the coveted title has changed every year to the European cities with the greatest potential for cultural urban development. In 2025, the title in Germany will go to Chemnitz in Saxony. What does the award mean in terms of transnational and international cultural audiences in Europe?

A transfer in between lectures and talks is possible during the breaks.
Back to the program. 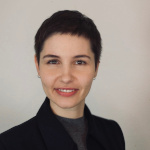 The Conference of Culture Ministers has named Chemnitz the European Capital of Culture for 2025. In doing so, it followed the professional vote of the European jury of experts. Under the motto "C the Unseen - European Makers of Democracy", Chemnitz has also presented a convincing concept in the opinion of the Conference of Culture Ministers. With around half a million inhabitants, the Chemnitz region is a densely populated conurbation in Europe with enormous cultural potential. For this reason, various projects and event formats are being designed on the way to becoming the Capital of Culture, which should positively change the region regardless of winning the title: both in the perception of the local people and in the supra-regional, even European perception.